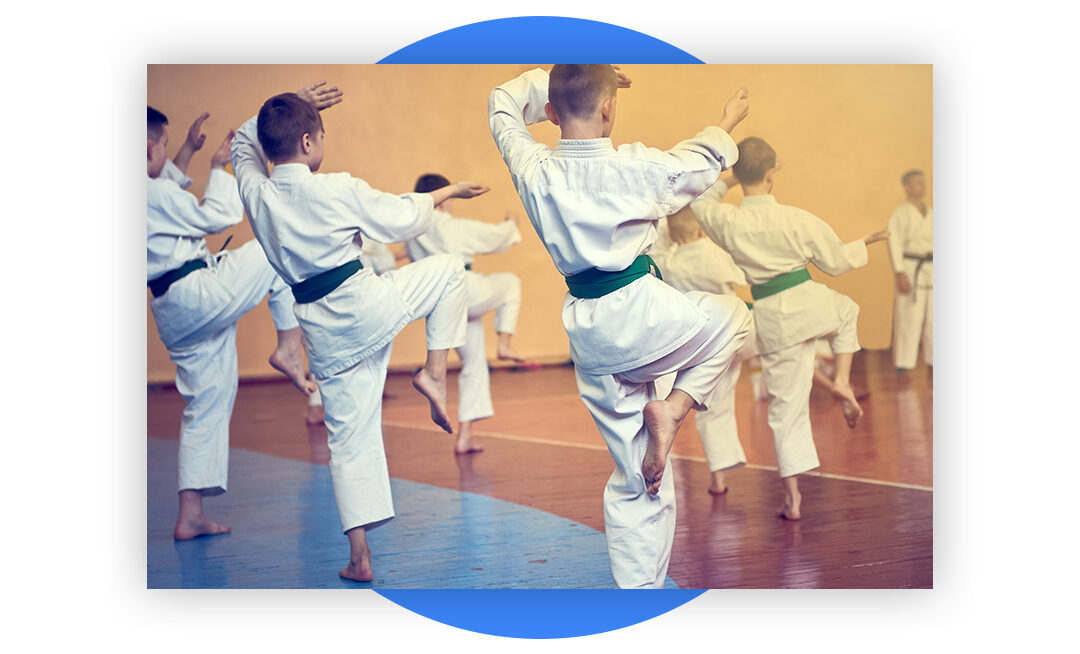 If you’re like many entrepreneurs, you have enough to worry about on a day to day basis to run your business. Figuring out how to collect payments and invoice customers does not need to be on that list.

As Richard Alonzo of Alonzo Martial Arts puts it: “As a small business owner, using Finli means I have one less thing to worry about. Every bit of free time I have not having to worry about my payments platform is time that I can spend being creative about other projects and making money. The minutes matter, and Finli gives me more of them.”

Here’s more of Richard’s story, and how Finli has helped to support his incredible business.

The Story of Alonzo Martial Arts

Alonzo Martial Arts was founded in 1995 by Richard Alonzo, who still serves as the Chief Instructor today. Originally inspired by a love for Kung Fu Theater, Richard learned martial arts and began teaching at the age of 15, later going on to perform stunts in the Power Rangers Live Action Tour.

Upon his return to Los Angeles, Richard began teaching martial arts in after-school programs. He quickly realized his passion for helping kids channel their energy into constructive physical and mental development. In order to offer his students as much as possible, Richard took child development courses, which helped shape his unique curriculum and approach to teaching. Today, the mission of his business is to provide kids with the necessary tools to help them navigate the social challenges they’ll encounter while trying to find their place in society.

Richard believes it takes strong individuals working together to build a strong community. In pursuit of this, his teaching focuses on teaching Communication Skills, Social Skills, Mindful Self Awareness, Kindness & Empathy, and Self-Regulation Skills, all while nurturing his students Self-Esteem.

Although he founded Alonzo Martial Arts 27 years ago and has been teaching for 31 years, it wasn’t until last year that he moved into his own brick and mortar space. Before the move, he had rented a space from a gym which took care of all of his bill collection, payroll and administrative work. This was great – in theory.

The downside was that he also had to split all of his earnings with them. Richard was paying for his own marketing and advertising costs to bring in new business, but the gym would take a large portion of the revenue he brought in.

In Need of Speed & Convenience

The global pandemic halted business for a lot of folks, and it forced Richard to get creative with how he was running Alonzo Martial Arts. Instead of switching his business model to group Zoom lessons, he prioritized having one-on-one Zoom lessons weekly with each and every one of his students. When it was time for promotions, he gathered with the kids at a local park so they could still enjoy the importance of the promotion ceremony.

These choices kept Richard’s business going strong (to the tune of doubled memberships), but it took a toll on his own well-being. He went from teaching four to six hours per day to teaching eight to ten hours per day, Monday through Saturday. He was wearing every hat running all parts of his business and was spending even more time he didn’t have tackling administrative tasks.

During this time Richard had been accepting payments via Venmo. When a colleague forwarded a news piece about Finli to him he signed up and hasn’t looked back since. It came at the perfect time, when he needed the speed of quick payments and convenience. As he likes to say, “billing and following up on payments is a hat I get to hand off to Finli.”

This was also around this time Richard was looking to get his own studio space in. He found the perfect spot and had almost enough saved up to close the deal. The only problem was that he had just collected some payments from customers and they weren’t set to be deposited into his account for a few days.

He was in a real time crunch, as he needed to get the deposit paid on that day to secure his space. He called his Finli account manager about it and Finli’s CEO Lori Shao called Richard personally to let him know he would have the funds in time.

“This was the most amazing level of customer service,” says Richard. “The fact that Finli not only understood my predicament as a small business owner, but also worked to accommodate me when I needed help the most was just such a relief. This experience taught me that I can trust Finli to have my back.”

Richard loves the convenience of Finli. He doesn’t have a cash register at his office or any sort of point-of-sale (POS) machine. He simply takes a picture of the person with the merchandise they want to buy, then adds it to their invoice at the end of the day. It simplifies things, and keeps him getting paid.

Our team is proud to support incredible businesses like Alonzo Martial Arts. If you’re located in Los Angeles and looking for programs for your children, we can’t recommend Richard enough.

Does your small business use Finli? We’d love to share your story with our community. Drop us a note to hello@finli.com.

If you’re not already using Finli for your small business’s billing administrative work, what are you waiting for? Try Finli today!